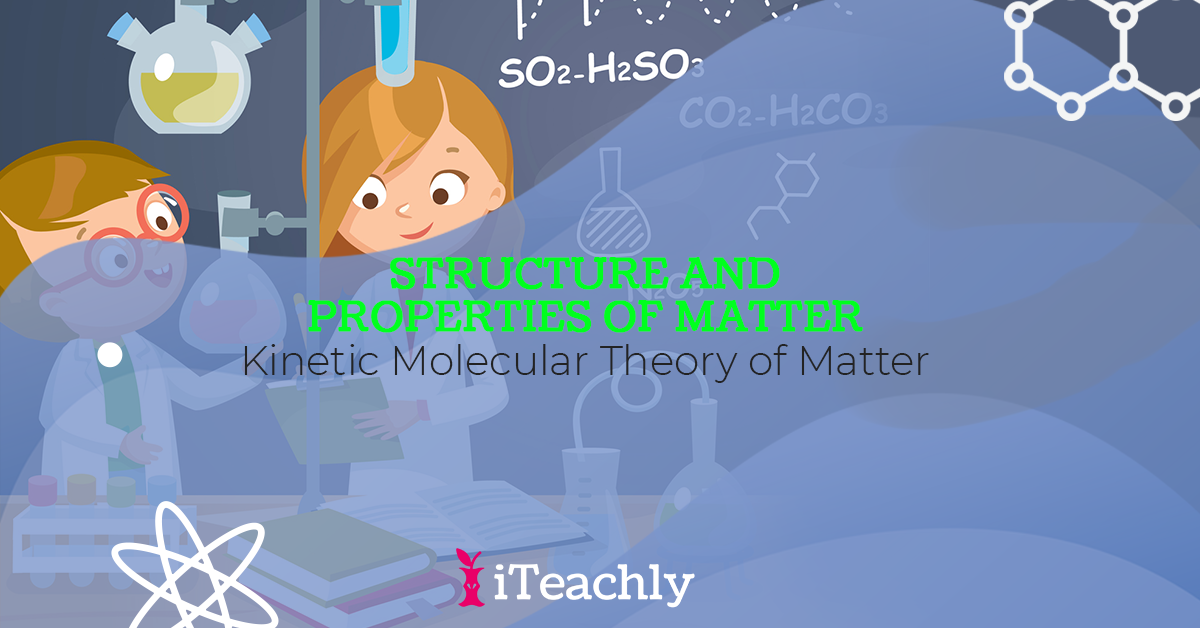 Matter is made up of particles which are in constant, random motion. It can be defined as anything which has mass or occupies space. Matter is classified by its state and type, of which there are three main types – solid, liquid and gas. These lead us to the Kinetic Molecular Theory of Matter. 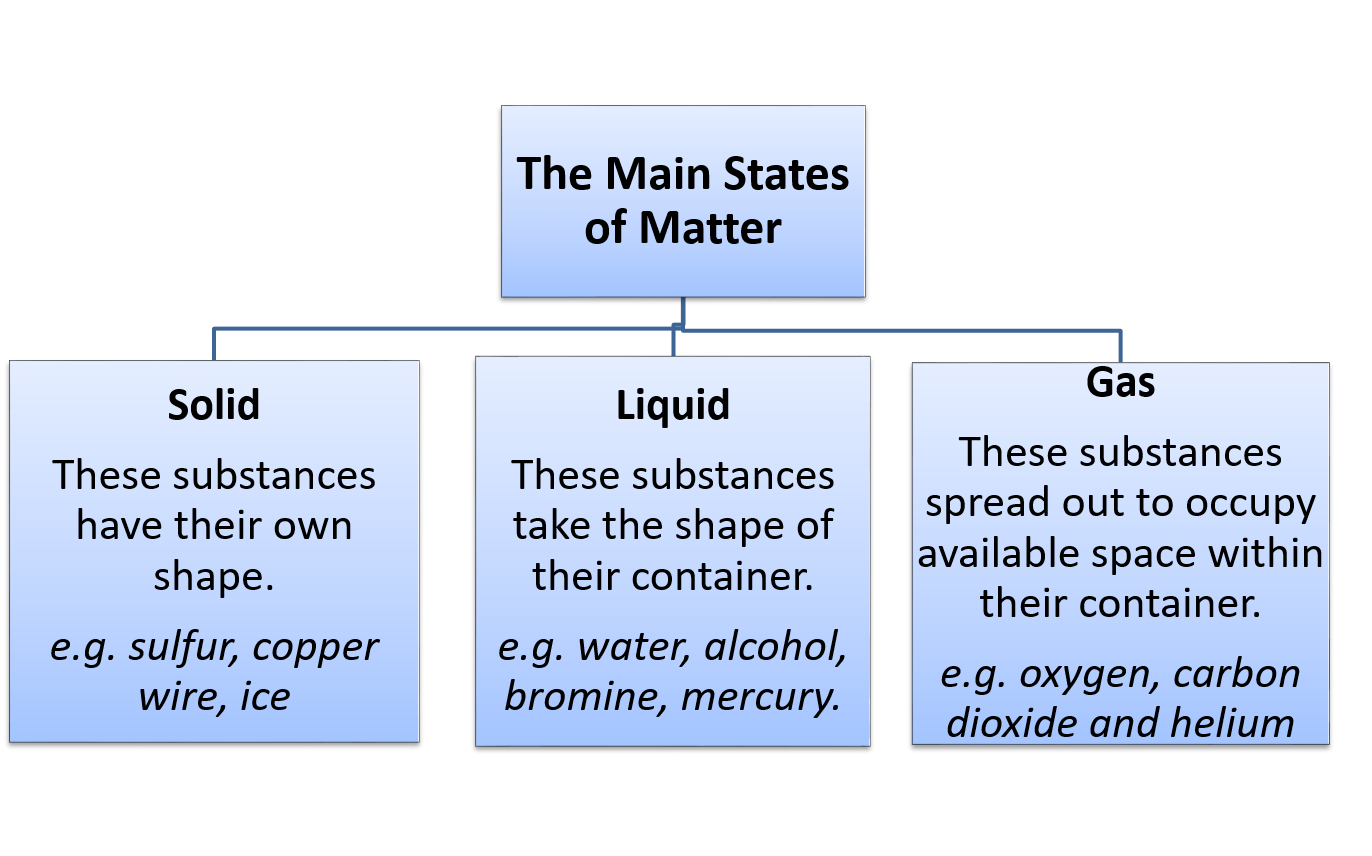 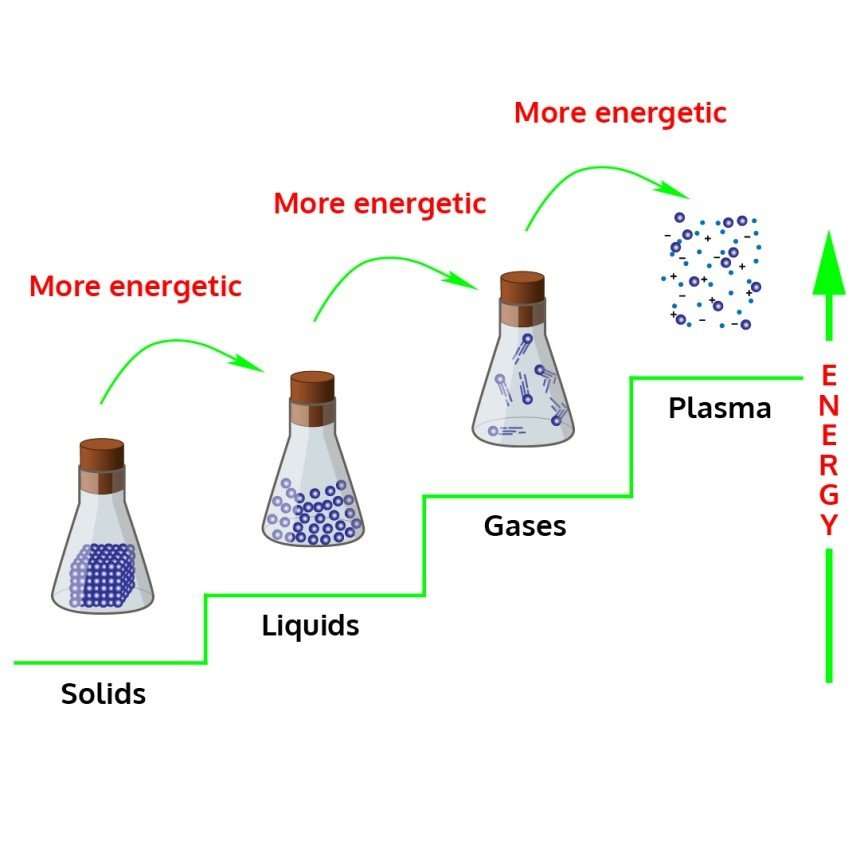 Changes in state (also called phase transitions) involve heat energy being supplied to or removed from the substance.  Increasing the amount of heat energy in a substance increases its kinetic energy since temperature is a measure of the amount of kinetic energy possessed by a substance.  In a solid, heat energy causes the particles to vibrate at a greater rate until they possess sufficient energy to break away from their fixed position and become a liquid (known as melting). The temperature at which this occurs is called a substances melting point. As heat is removed from the liquid, the particles return to their closely-packed, fixed positions, this process is called freezing. 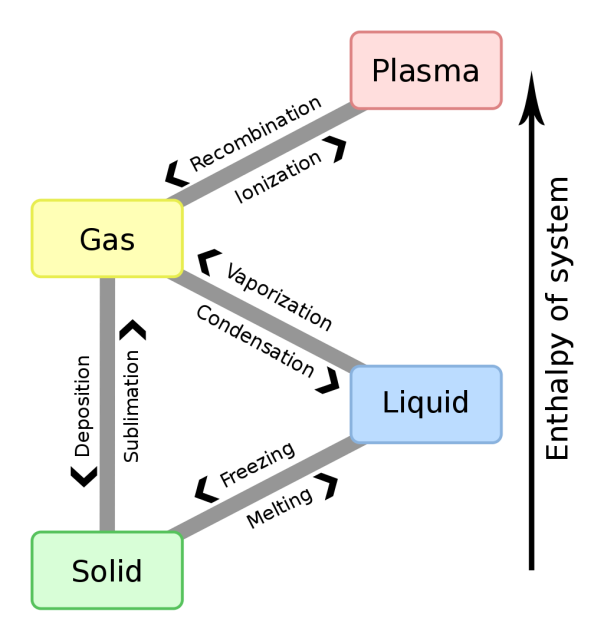 When heat energy is supplied to a liquid, the particles also take on more heat energy which causes them to move around at a greater speed. Fast-moving particles at the surface of the liquid eventually have sufficient energy to escape from the liquid and move into the gaseous state. Here, these particles move rapidly, at a large distance from the other particles. This process is known as vaporisation. The point at which a substance moves from the liquid to the gas state is known as its boiling point. As heat is removed from the substance the particles move closer together once more, this process is called condensation.

Some substances e.g. iodine crystals are able to change from a solid directly into a gas, without moving through the liquid state. This process is called sublimation.  Deposition is the reverse of sublimation and occurs when a substance moves directly from a gas to a solid, omitting the liquid state.  An example of this can be seen in sub-zero temperatures, where water vapor in the air changes directly into ice, without first becoming a liquid.

Select the best answer for each of the following questions.

Decide whether the following statements are true or false.

Theobromine, is a bitter alkaloid of the cacao plant found in chocolate. It has the chemical formula C7H8N4O2.

Plasma – the 4th State of Matter

Plasmas, like gases, have no fixed shape or volume. A gas can reach the plasma state when its atoms become ionized. This occurs when the atom loses some or all of the electrons leaving a positively charged nucleus.  This process is known as ionization and explains why plasmas are able to conduct electricity since the electrons are free to move around.  Recombination occurs when plasmas return to the gaseous state.

Summarize the differences between solids, liquids and gases for the following:

Here is your Free Content for this Lesson on Kinetic Molecular Theory of Matter!

Don't Forget to Pin this Lesson on the Structure and Properties of Matter - Kinetic Molecular Theory of Matter... 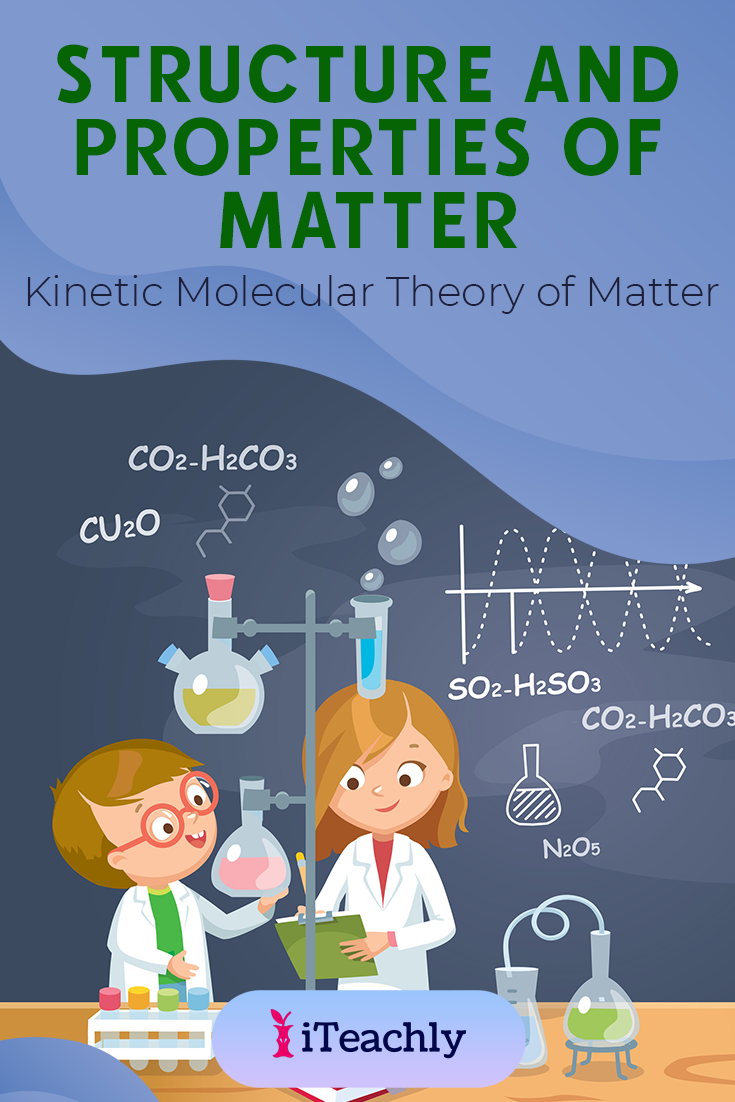