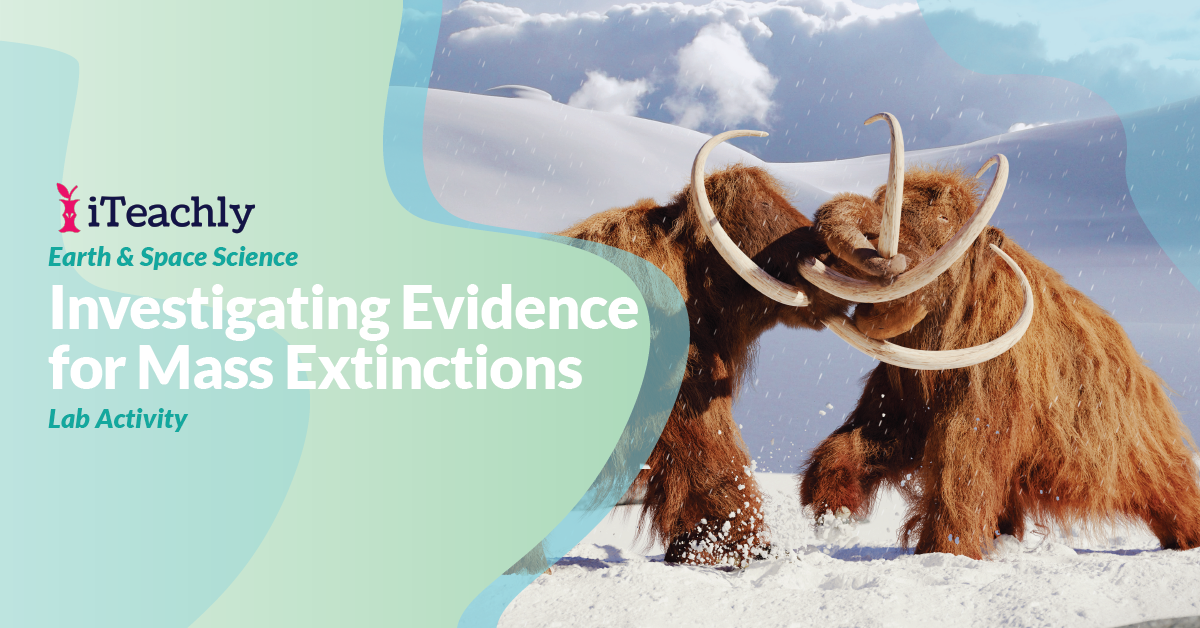 Animals and plants disappear all the time as extinction is a natural part of life. About 98% of all the organisms that have ever existed on our planet our now extinct. When a species goes extinct, its role in the ecosystem is usually filled by new species, or other existing ones. Earth’s “normal” extinction is rate is often thought to be somewhere between 0.1 and 1 species per 10,000 species per 100 years. But when species vanish much faster than they are replaced, this is known as mass extinction. It is usually defined as about 75% of the world’s species being lost in a “short” amount of geological time which is less than 2.8 million years. 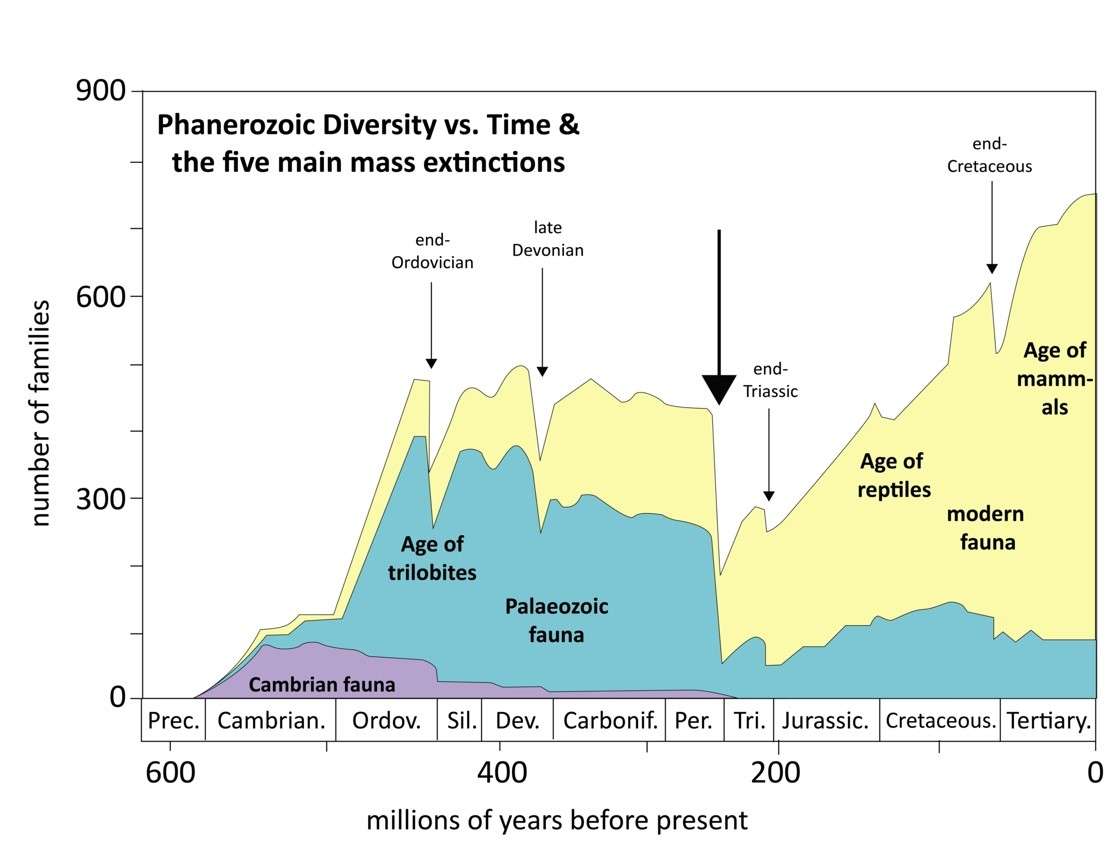 At least five mass extinctions have been recorded throughout Earth’s history. The vast majority of plant and animal species have been annihilated in a geologic instant five times. What triggered these dramatic events? What might they tell us about the fate of Earth? In this laboratory activity, you will explore an online simulation that will allow you to investigate the different evidence for mass extinctions.

At the end of this laboratory activity, students are expected to: 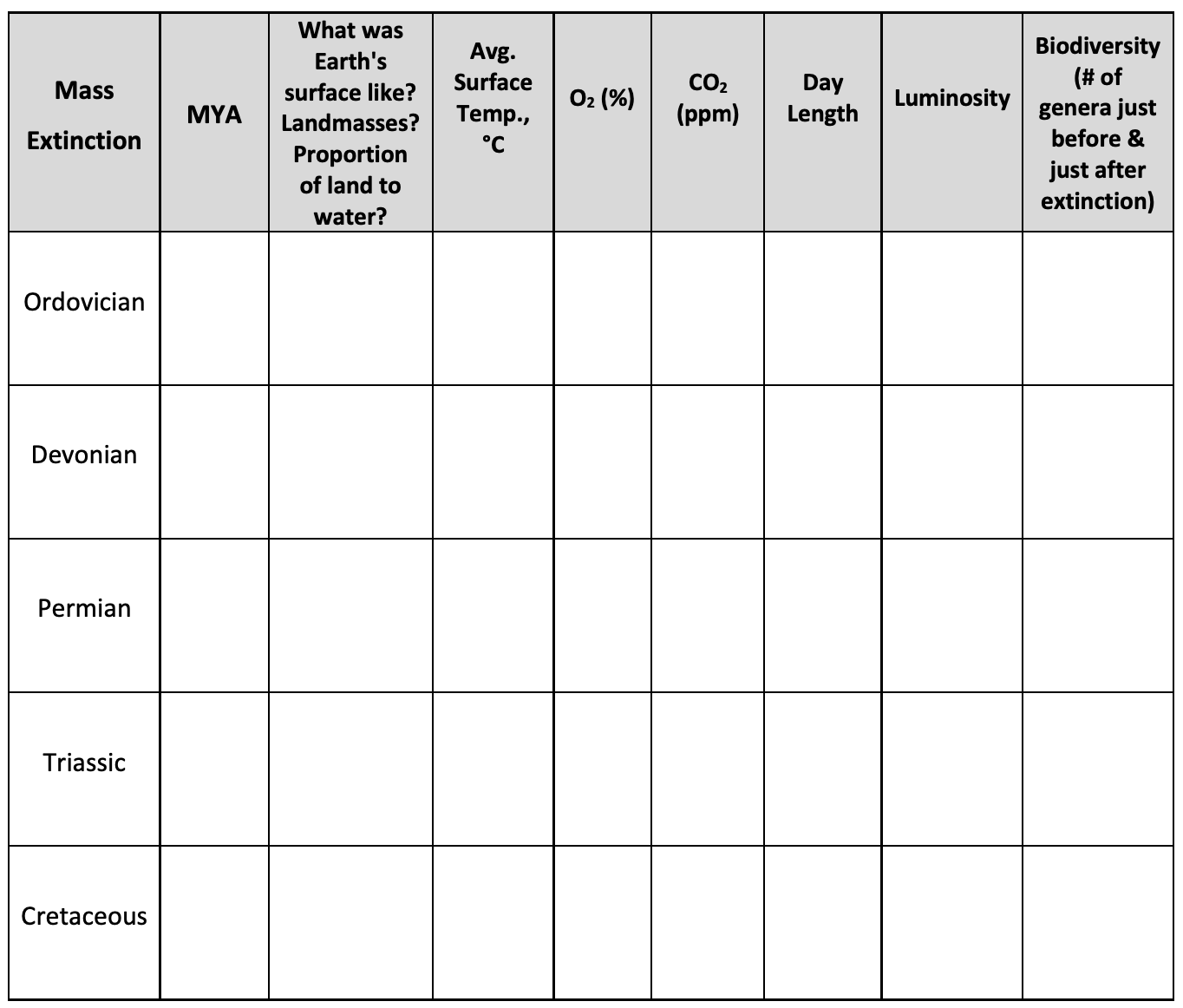 We also provided some of the Resources below for you to use in class. iTeachly Members can access all the content for the activity and the following lesson.

Students must come up with a unanimous answer for each question. Discussing the answers usually, results in some excellent dialogue on this topic.

To gain access to our editable content Join the iTeachly Earth Science Teacher Community!
Here you will find hundreds of lessons, a community of teachers for support, and materials that are always up to date with the latest standards.

Want Access to Everything in the Earth's History Unit? 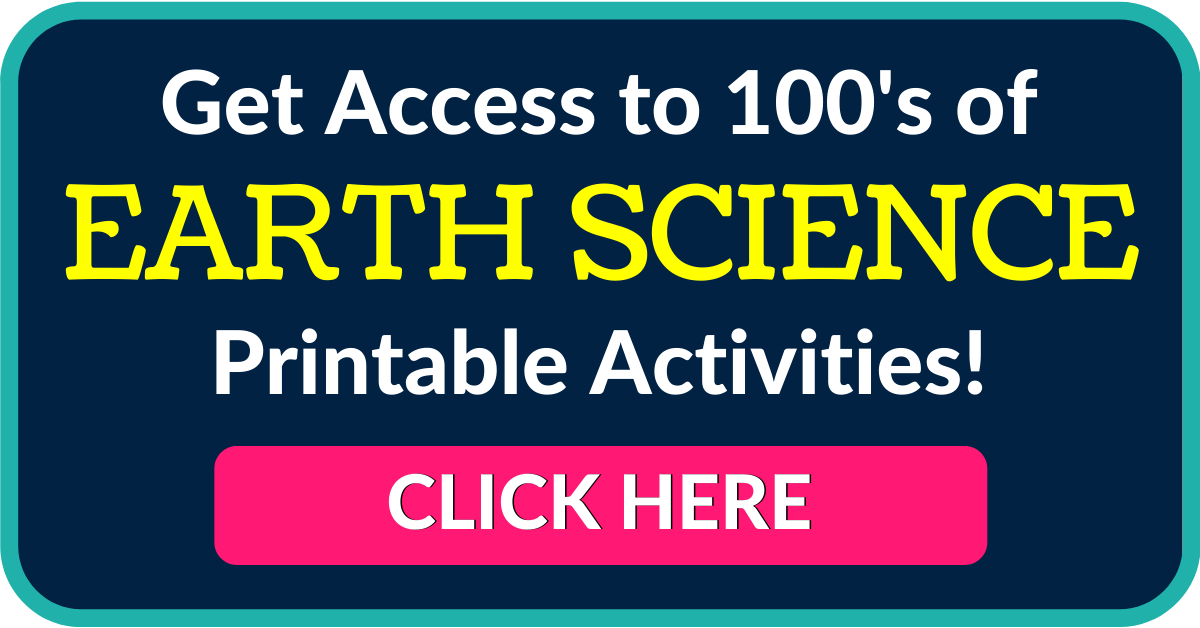 Don't Forget to Pin This Lesson on Mass Extinctions... 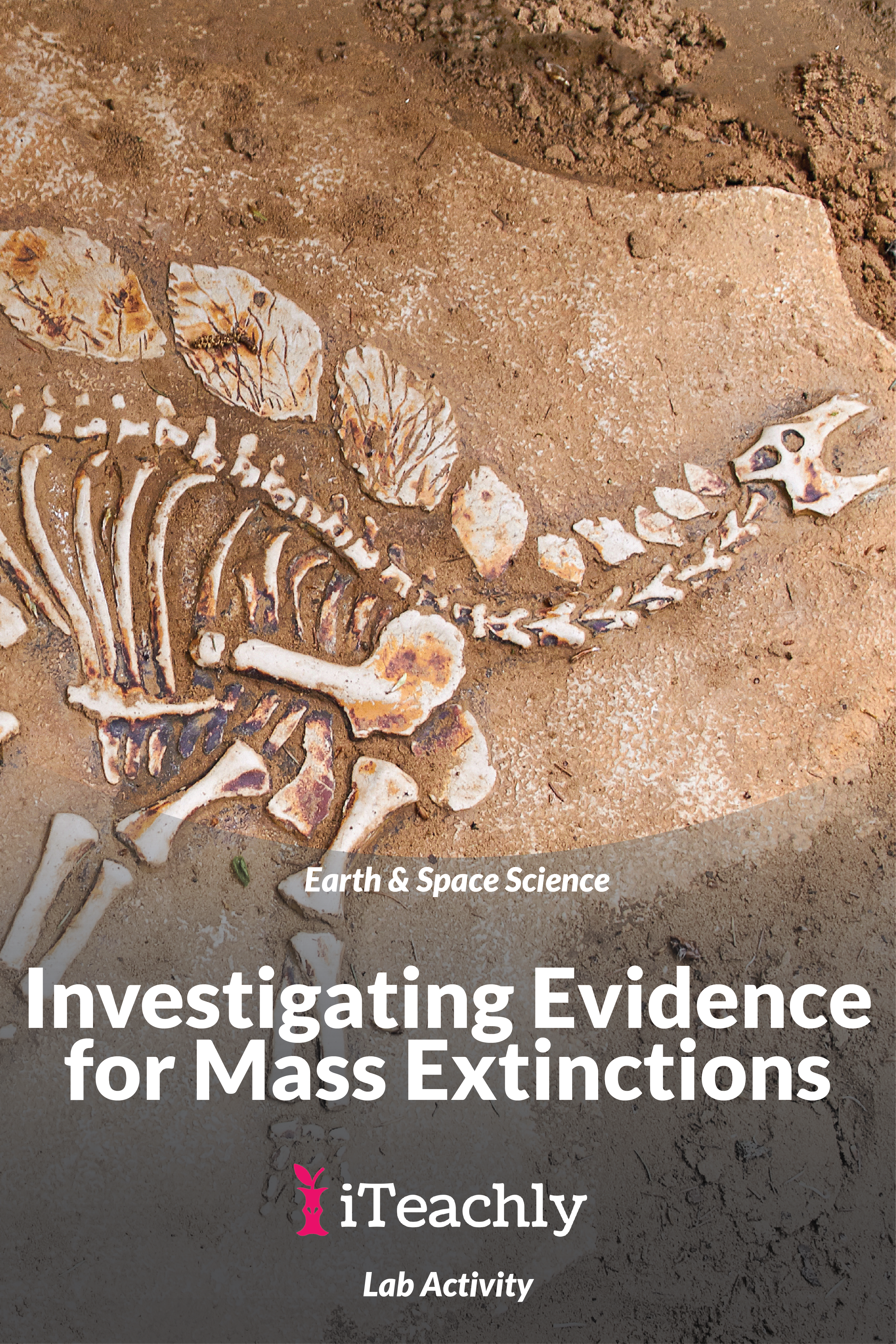