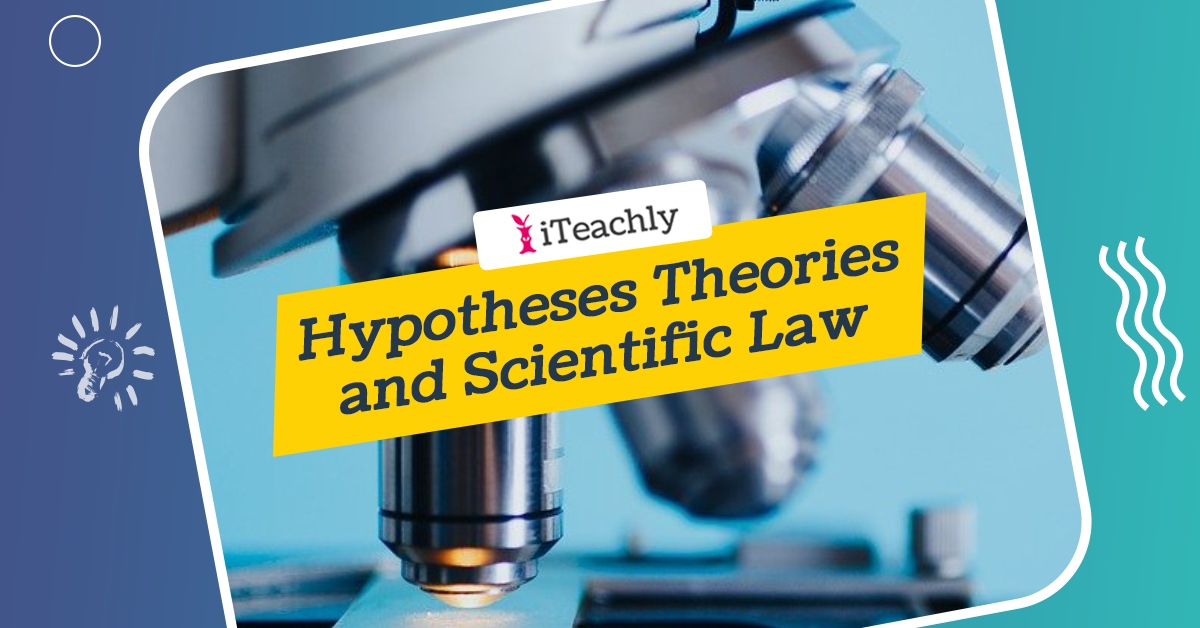 Today we will be comparing and contrasting Hypotheses, Theories, and Scientific Law.

Science is a way of making sense of the world around us. The theories and principles found in science as a discipline have been established through repeated and careful experimentation and observation. Scientific research is peer-reviewed by other specialists in the field to ensure that the findings are accurate and that the experiments used, and the findings are consistent and fair.

Scientific ideas can progress from a hypothesis, to a theory using testable, scientific laws. Only a few scientific facts are considered scientific laws and many hypotheses are tested to generate a theory.

A hypothesis (plural hypotheses) is an idea or suggestion that can be tested through observation or experimentation. On some occasions, a hypothesis may take the form of a question called an aim.

Hypotheses are often made after in depth background research or an inquiry has been conducted. Its purpose is to provide direction into further scientific research. Once a hypothesis has been made, it must be tested by conducting carefully designed and controlled experiment to prove it right or wrong.

This lesson from Khan Academy is also good. Here is the link... 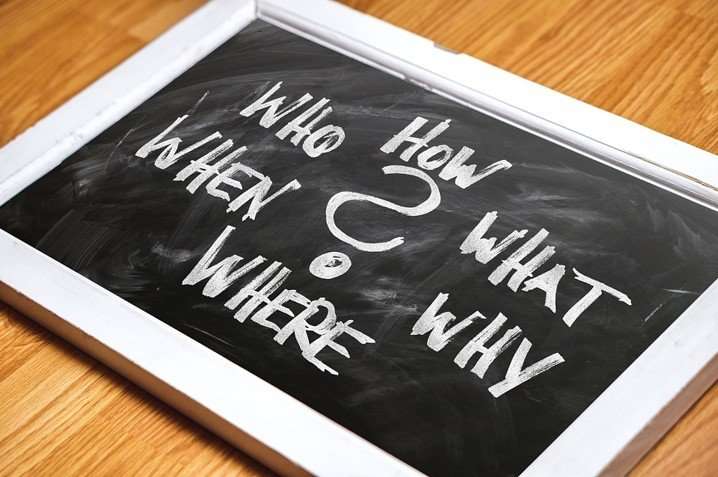 A theory describes how or why something occurs. Scientists are always making new discoveries and so scientific theories evolve overtime.

In science a hypothesis or an idea is not considered a theory until it has been tested thoroughly and independently by many scientists. Scientific theories are more certain that hypotheses but less certain that scientific laws. Scientific theories are often made up of many hypotheses which add together to provide detailed information on a topic. In many cases, these theories have been contributed to by many scientists, often over several years.

Some of the more well-known theories that have contributed to modern biology and that are covered in this course are shown in the table below:

Here is a Hypotheses Theories and Scientific Law video to share with your class...

Theories which have been thoroughly tested and are accepted by the scientific community often become scientific laws. There are few laws compared to theories. Laws are often expressed as single statement and are brief but are concise.

This venn diagram show visually the difference between Scientific Law vs Theory. 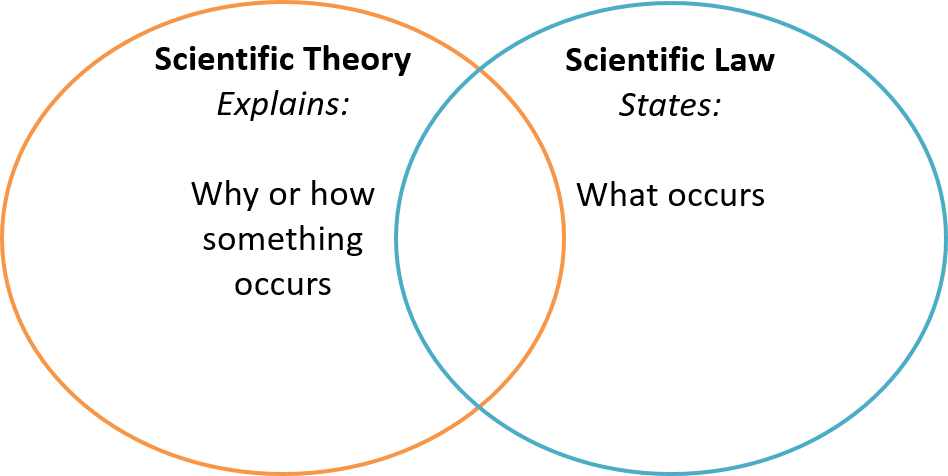 Laws have the following features:

Below are examples of laws that will be covered in this course:

Here is a Scientific Law video to share with your class...

Here is your Free Content for this Lesson Hypotheses, Theories, and Scientific Law!

To get the Scientific Laws Hypotheses and Theories Worksheet Answers Join the iTeachly Science Teacher Community!

To gain access to our editable content Join the iTeachly Biology Teacher Community! This includes our Scientific Laws Hypotheses and Theories Worksheet Answers. Here you will find hundreds of lessons, a community of teachers for support, and materials that are always up to date with the latest standards.

Don't Forget to Pin this Lesson on Hypotheses, Theories, and Scientific Law... 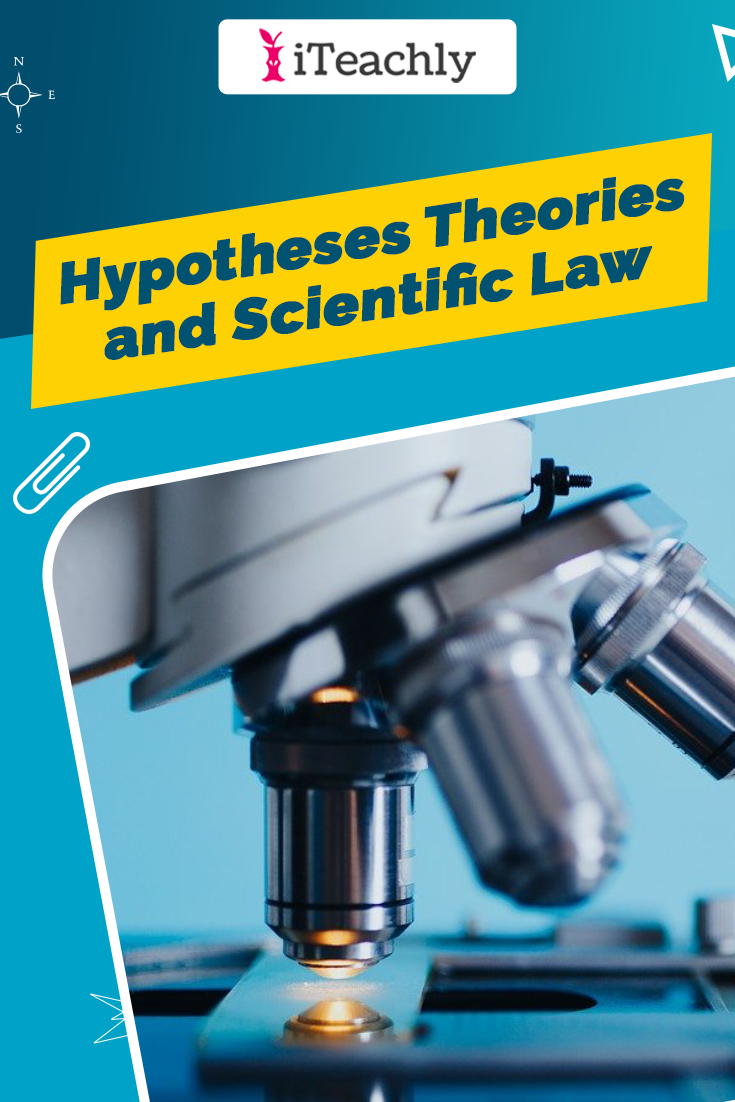 This Hypotheses, Theories, and Scientific Law lesson is from...