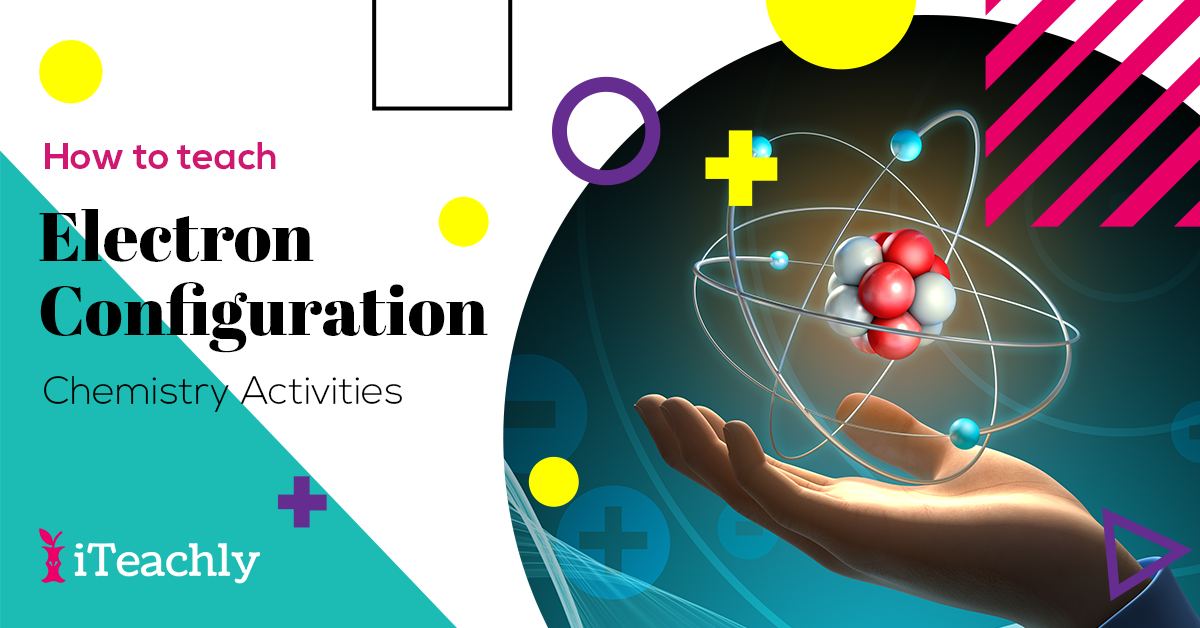 The organization of the electrons in an atom is called its electron arrangement. Electrons occupy certain energy levels around the nucleus and only have a particular energy value, not a range of values. Electrons in atoms will occupy lower energy levels before they can occupy higher levels. The higher the energy level that an electron occupies, the more energy it possesses and the greater its distance from the nucleus. Each energy level has a limit to the number of electrons it can hold at any one time. The following shows the limits for the first twenty elements:

Electron Configuration in the First 20

Elements which have more than 20 protons are able to hold a maximum of 18 electrons in their third level. 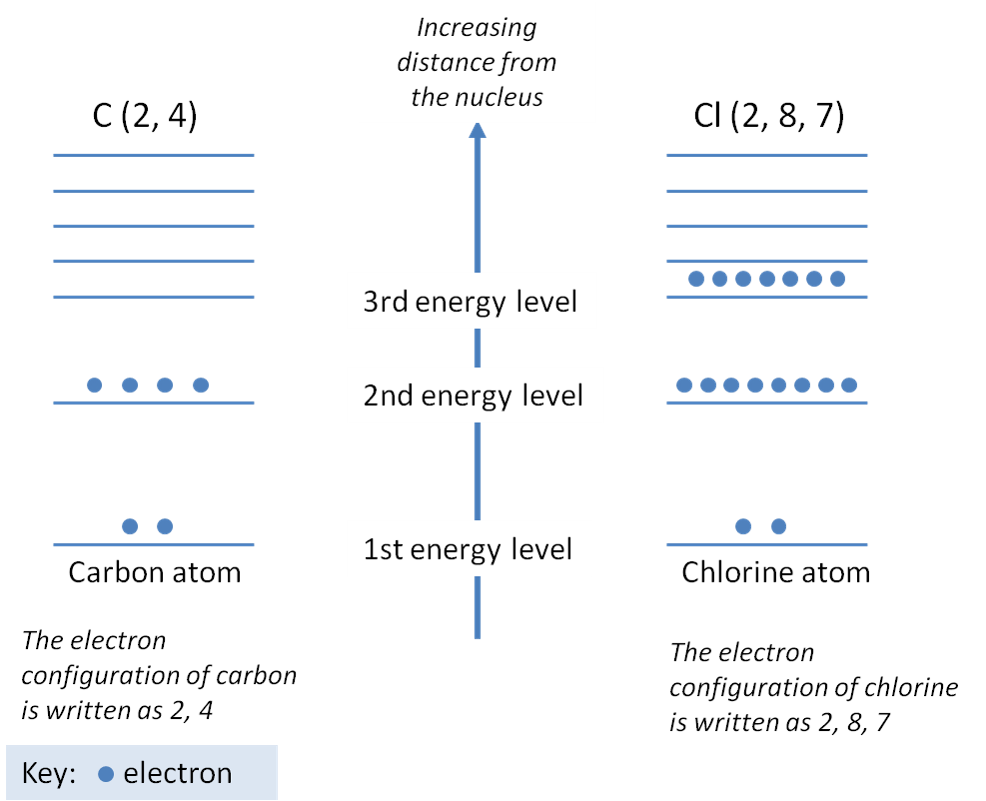 In some instances, you may be required to draw the structure of one of the first twenty atoms. In this case, knowing the electron configuration rules above for the first twenty elements and how to draw an atom is necessary. The diagrams below show the steps to drawing electron configuration diagrams.  Note these diagrams do not take into consideration the different shaped orbitals that atoms possess. 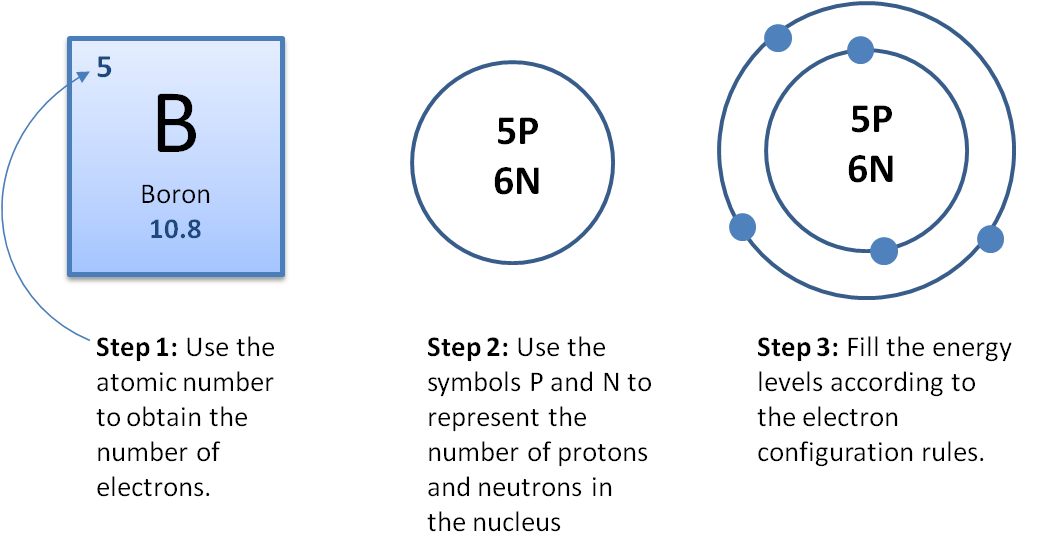 (The electron configuration orbital diagram worksheet answers can be found at the bottom of the lesson.)

The 2, 8, 8, 18 rule is a very simplistic view of electron configuration and doesn’t give the full picture when it comes to electron configuration. While it works for the first 20 elements, in order to look at other atoms higher than atomic number 20, we need to look closer at the types of orbitals in each electron shell in more detail.  Orbitals represent the space around the nucleus of an atom of which there is the greatest chance of locating an electron. Orbitals make up sub-shells, which make up electron shells (these are numbered 1-4).

The four different types of orbitals which are denoted by the letters s, p, d and f and correspond to the shape that electron wave takes in relation to its density being higher in some regions than others. The shapes of the four orbitals are pictured below. 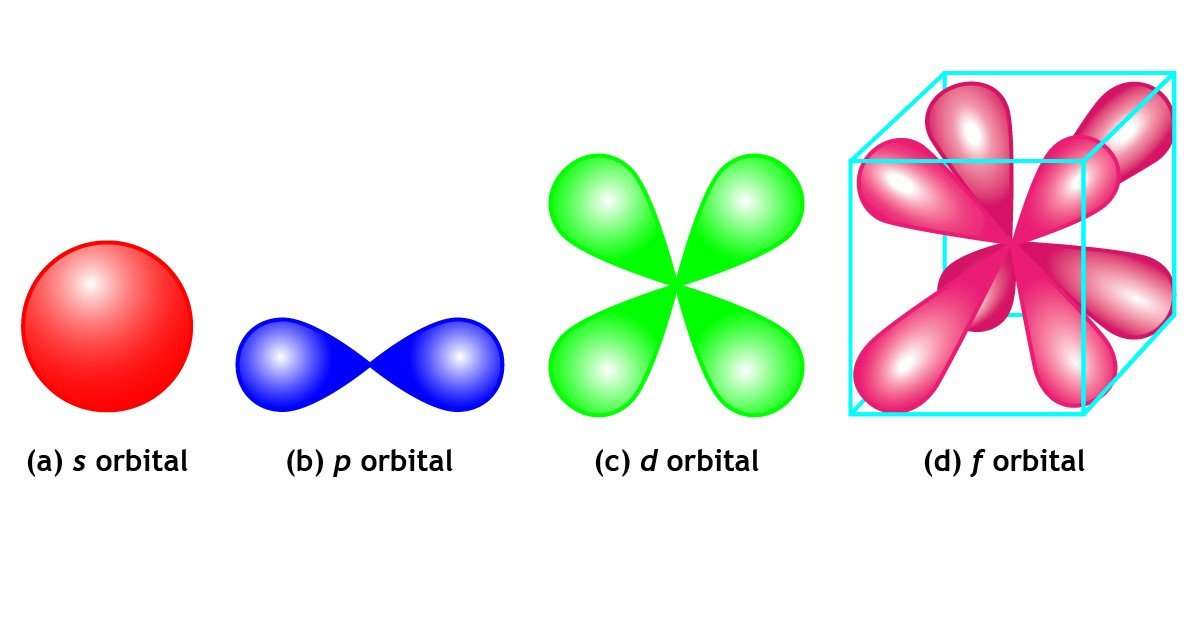 The s-orbital is spherical in shape.  The p-orbital is a 3-dimensional dumb-bell shape. Its 3 orbitals exist in different planes (called x, y and z) and are right angles to one another. The d-orbital has four lobes, while the f-orbital is the most complex of the four has eight lobes.

The table below shows the types of orbitals present in each electron shell and the maximum number of electrons each type of orbital and shell can carry.

Key Things to Note about Orbitals:

The arrangement of electrons must obey the following three rules:

The orbitals with lower energies, closer to the nucleus are filled before those with higher energies. 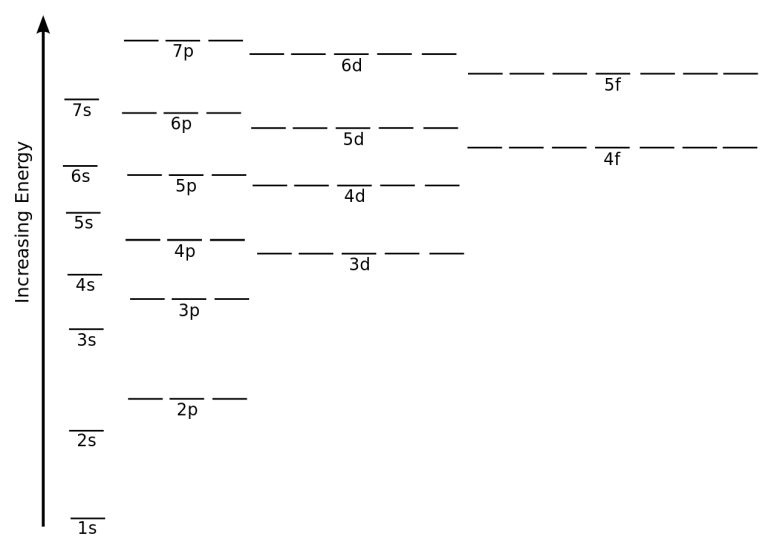 Electrons which occupy the same atomic orbital must spin in opposite directions; which therefore limits the number of electrons occupying an orbital to two.

Electrons occupy all the different orbitals within the same sub-level before doubling up inside orbitals.

The sequence below shows the order that p-orbitals are occupied for 1-6 electrons.

Orbital diagrams are a pictorial way to describe the arrangement of the electrons in an atom. The orbitals are arranged from lowest to highest energy level, with arrows to indicate electrons with the opposite spin occupying the orbitals.

The example below shows you how to fill out these diagrams:

Nitrogen has 7 electrons its electron notation is 1s22s22p3, so the orbitals are filled as follows:

When writing out notation for elements there is a particular format that is used. It is shown below:

How to write electron orbital notation:

To write out the electron configuration you need to determine the number of electrons using the periodic table and fill up each orbital in order, starting with 1s, until you run out of electrons.

The steps are as follows:

The diagonal rule can be used to determine an electronic configuration. 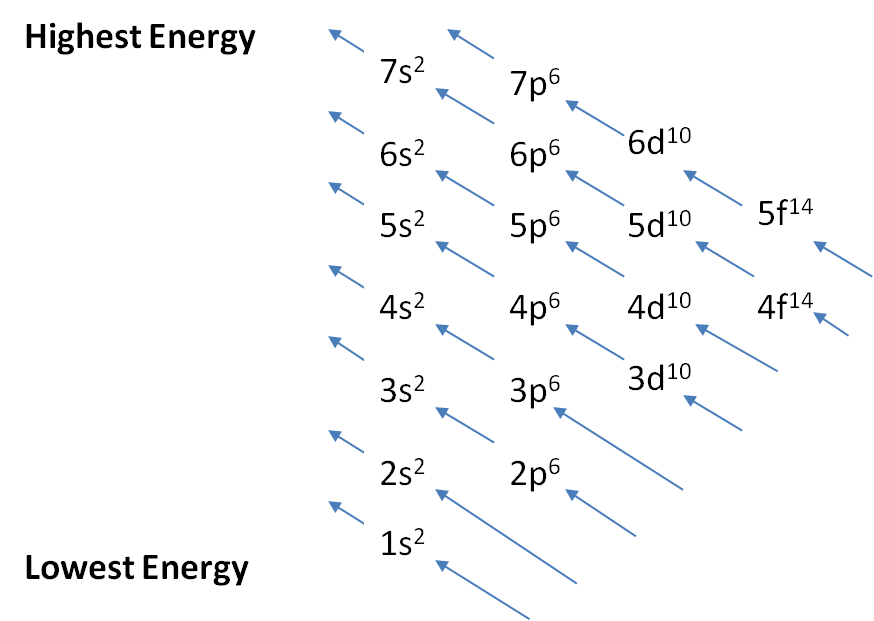 The following steps can be used to write abbreviated electron configurations.

Exceptions to the rule

Chromium and copper are the two main exceptions to rules for electron configurations. In these cases, a completely full (3d10) or half full (3d5) d sub-level is more stable than a partially-filled d sub-level, so an electron from the 4s orbital is excited and rises to one of the 3d orbitals to fill it.

The d sublevel is 1 electron short of it being half filled. So one of the electrons from the 4s orbital is moved over to the 3d orbital.

Here is your Free Content for this Lesson on Electron Configuration!

Don't Forget to Pin this Lesson on Electron Configuration... 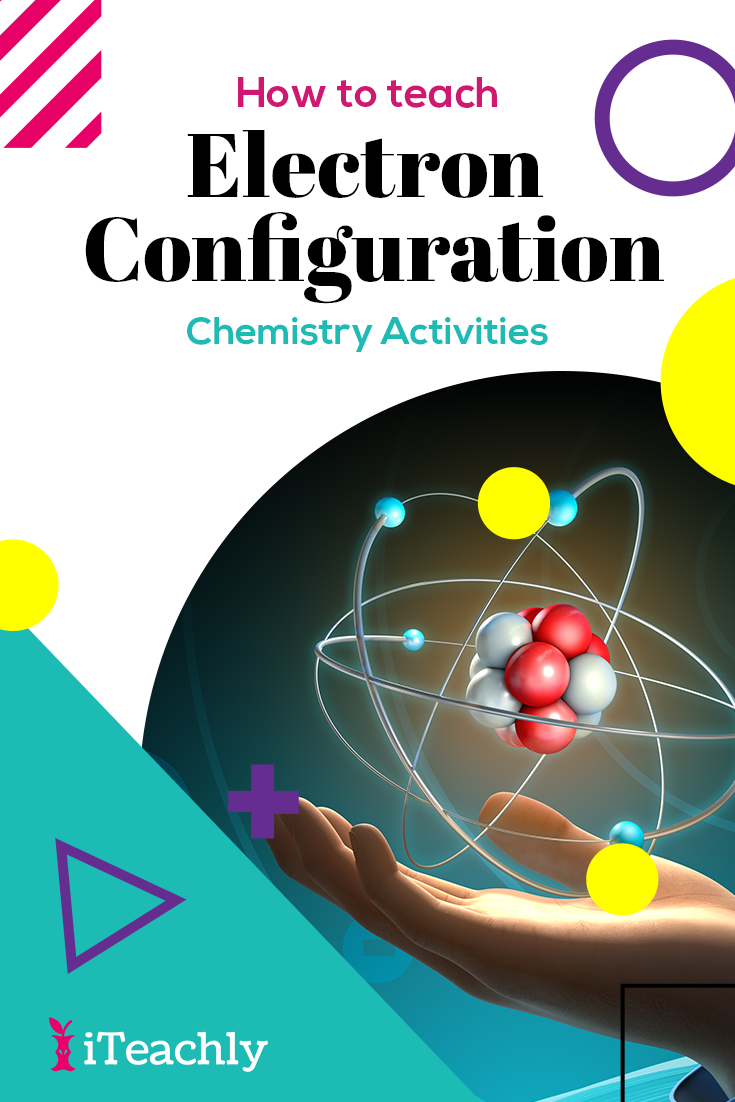