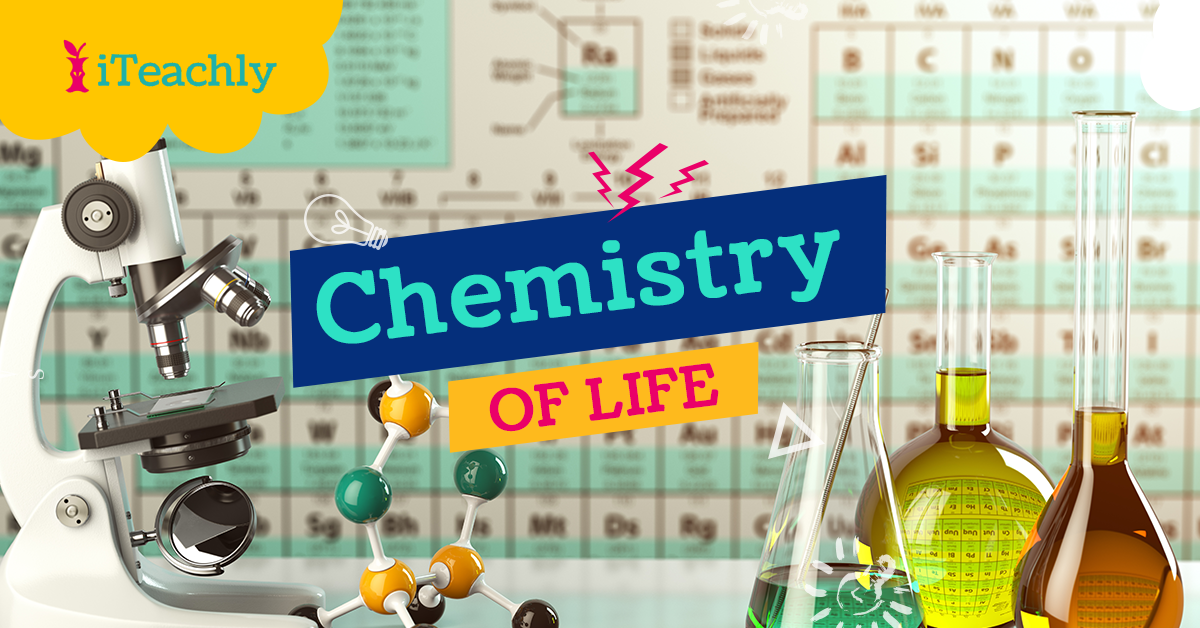 The Chemistry of Life: An organism can be broken down into smaller levels of organization. These levels are pictured below. 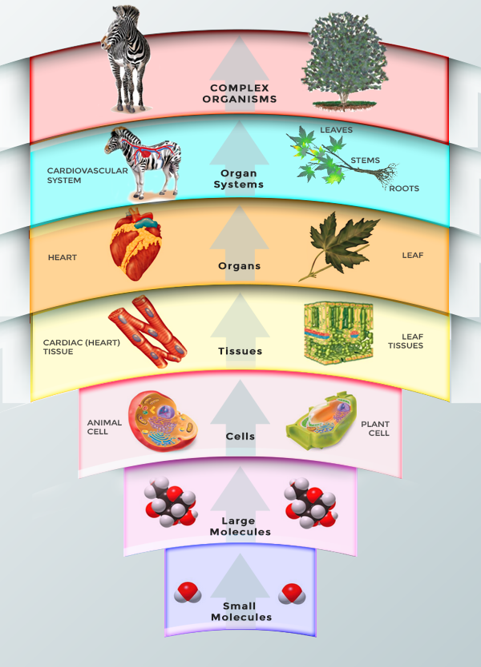 The smallest level of organization is called the chemical level and includes atoms and molecules. Atoms are the smallest units which make up matter – this is the case in both living and non-living things. The main components of the atom are shown in the diagram below: 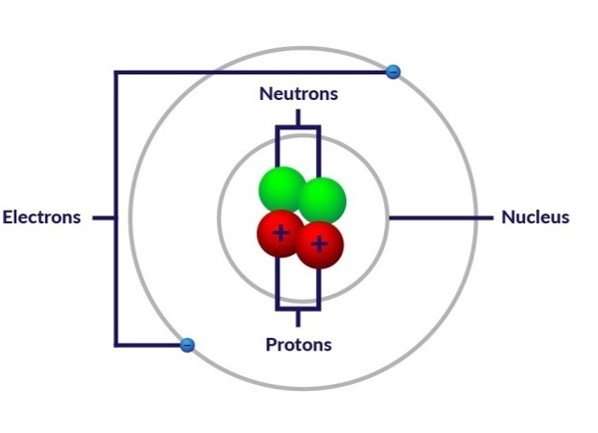 The forces which operate between the oppositely charged particles - protons and electrons - hold the atom together. Most atoms contain all three types of subatomic particles. Hydrogen atom (H) is an exception because it has one proton and one electron and no neutrons. The number of protons in the nucleus determines the kind of the element an atom is, this is known as the atomic number, while the number of electrons determines how the atom reacts. 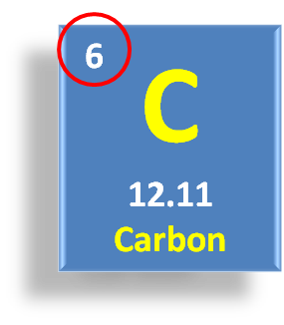 How many protons do each of these atoms have?

An element is a substance which is made up of one type of atom. For this reason, elements are called pure substances. There are 94 naturally occurring elements known to scientists. These have been arranged on a chart called the periodic table (shown below). 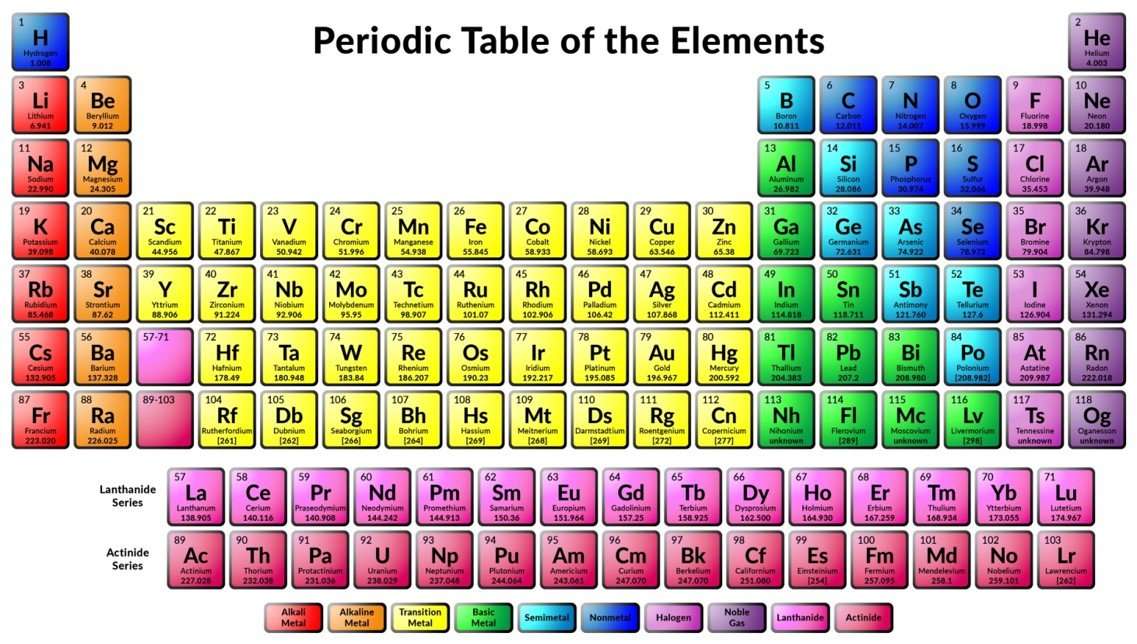 The main elements found in living things are: 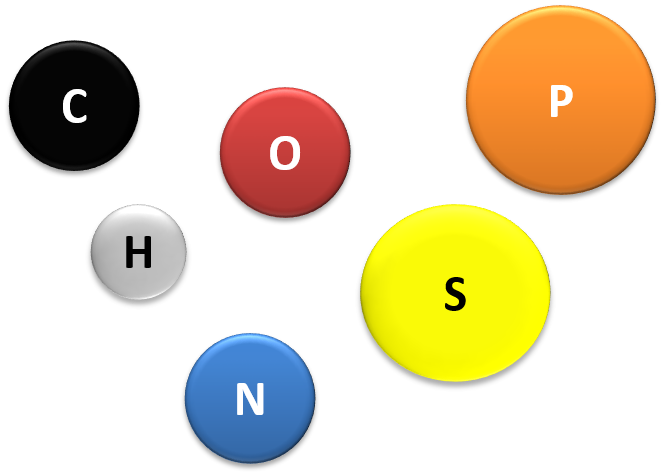 It is the bonding between the atoms of the six elements mentioned above that makes all life possible. Chemical bonding involves atoms gaining, losing or sharing electrons in order to form larger structures. In doing this, they are able to complete any partially full electron shells and become more stable in the process.

Molecules are defined as any group of atoms which are chemically bonded together. These atoms can be identical; for example, oxygen gas is made up of two oxygen atoms (O2).  Compounds are two or more different atoms bonded together.

Water is both a compound and a molecule

Decide if the following or molecules, compounds or both. 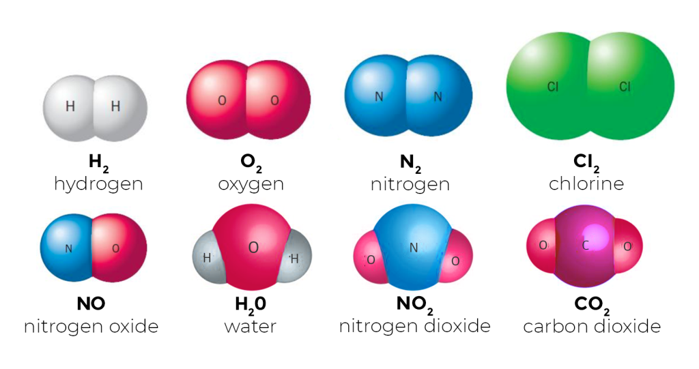 Ionic bonds are formed when atoms gain or lose electrons and become ions. When an atom donates an electron from its outer shell, it forms a positive ion called a cation. Atoms which accept electrons form negatively charged ions known as anions.

Since opposite charges attract, the positive and negative ions are pulled together and form an ionic bond. These bonds are strong and therefore require large amounts of energy in order to be broken. An example of the exchange of electrons between a sodium and chlorine atom can be seen in the diagram below.

Generally, the donation of an electron by one atom cannot happen without an electron recipient, so these two processes of electron donation and electron acceptance must occur at the same time.

Certain ions such as sodium, potassium and calcium are referred to electrolytes in biology. These ions are essential for the function of the nervous system, muscle contraction and water balance in the body.

The covalent bond is the most common and strongest form of chemical bonding existing in living organisms. This type of bond is formed when electrons are shared between atoms. This is commonly seen in carbon-based molecules and also in water, an essential molecule found in all living things. In the water molecule, each hydrogen atom shares one electron with the oxygen atom and the oxygen atom shares two electrons (one electron with each hydrogen atom). 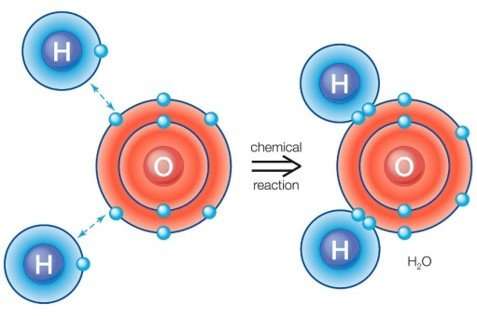 Hydrogen bonds are relatively weak bonds which require little energy to break. These bonds occur between two molecules as a result of the electrostatic attraction between a proton in one molecule and an electronegative atom in the other. 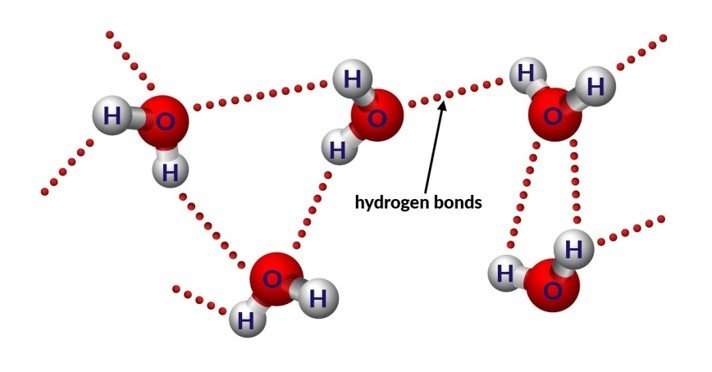 Both covalent and hydrogen bonds can be seen in the section of DNA molecule, shown below, The covalent bonds hold the backbone of the DNA molecule together, whereas the hydrogen bonds act to stabilize the two strands allowing it to form a double helix. 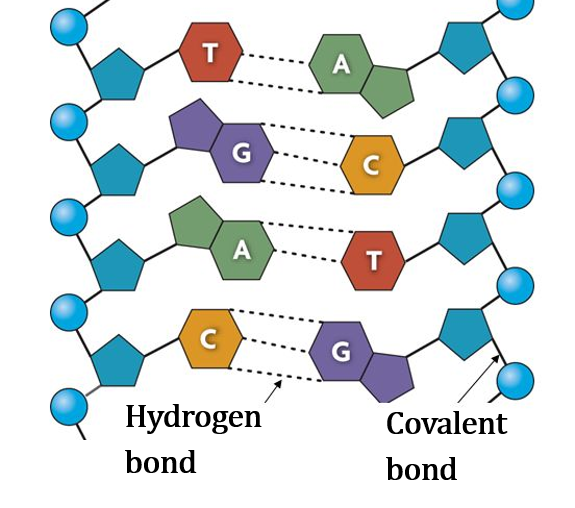 Don't Forget to Pin this Lesson on the Chemistry of Life... 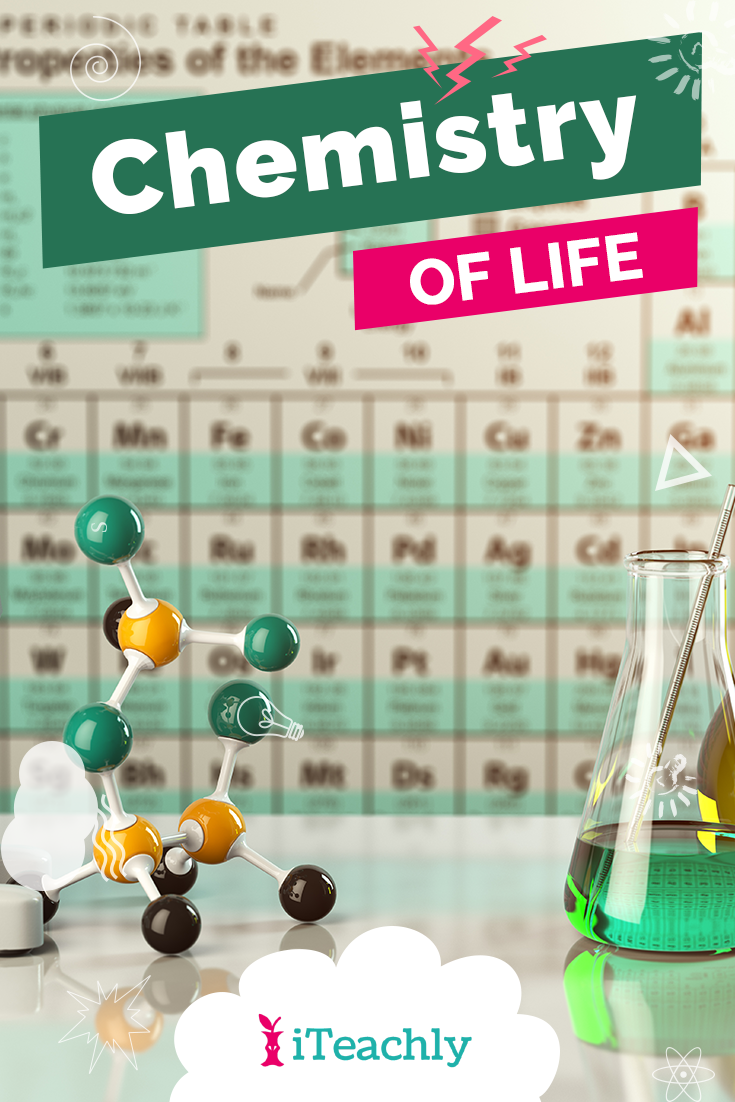